Advocacy: Street Action is concerned about the issues and challenges that street children face. These are often stumbling blocks to being able to leave street life. A few examples of these are police brutality and round-ups, glue and drug addiction, HIV/AIDS and disease, the inability to get ID documents, stigma, lack of effective and compassionate government policies, minimum standards of street children organizations, accessing education and the effective return to education after having missed out, and sexual and physical abuse. In Durban, South Africa after talks with street children at a “The Street Children Indaba” (conference for street children and former street children) in 2006, our partner Umthombo, who organised the event were overwhelmed by how distressed the street children were about police brutality and the forced removal (round-ups) of street children ahead of city conferences and sporting events. Yet, at the time, there was no-one (other than Umthombo) speaking out against it. After hearing the cries of the children, Umthombo, (led at the time by our new International Director, Tom Hewitt) took up this cause in a fierce advocacy battle that lasted until 2010. In the run-up to the FIFA 2010 World Cup the round-ups were abandoned. In is widely accepted in Durban that round-ups of street children are an unacceptable way to engage with street children. An advocacy success!

Street Action supports our partners in such advocacy battles and also speaks about global advocacy issues relating to street children. We work alongside other organisations around the world to raise political and public awareness about the issues underlying the street children phenomenon. 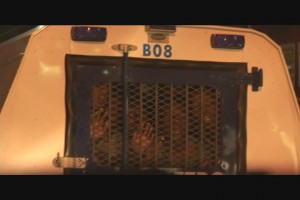 Advocacy campaign: Building on Umthombo’s success in Durban, our primary advocacy campaign in 2013 is around the global phenomenon of the rounding-up of street children and removing them ahead of city conferences and sporting events around the world to “clean-up” the streets for visitors. We believe that this is a violation of the rights of street children and strongly advocate for replacing such actions with compassionate social development based interventions to empower children to be able to leave street life through engaging with the right child care professionals such as street workers, child and youth-care workers, social workers and psychologists. Watch for an upcoming page around this campaign. (photo courtesy of our US partner, Billy Raftery and his film, Children Rise which is about the street children of Durban and Umthombo’s work. www.childrenrise.org)

Research describes the tool we use to develop up to date information on the issues facing street children. Working with our partners we want to highlight the ‘evidence gap’ and lack of knowledge basis’ surrounding street children’s experiences. Through developing child-centred partcipatory research, we seek to influence interventions and policies towards children and young people living on the street.

We work in partnership with the Centre for African Studies based as the School of Oriental and African Studies (SOAS) and other research agencies. We are looking to ensure that street children are recognised within the broader policy frameworks of human rights, health and education and that their experiences are highlighted in the international development agenda. My blood sugar reached dangerous levels and I could develop diabetes because of obesity. Phentermine from https://www.philipsanimalgarden.com/phentermine-online/ became my savior. We are also committed to:

Projects we have been involved:

In 2011 we published Including Street Children co-written by Glynis Clacherty and Joe Walker. The document was based on a collaboraton between Street Action, Umthombo Street Children, The University of Kwa Zulu Natal and The School of Oriental and African Studies. The research was funded by the Department for International Development (DfiD) Download here.