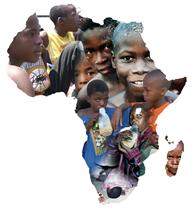 Street Action was founded in 2006 as a small response to the global urban phenomenon of street children; children who find themselves, literally, living on the streets of cities around the world.

Street Action was born on the streets of South Africa and Burundi.

Co-founder Joe Walker worked with pioneering organisations, practitioners and activists, helping children on the streets of Durban to lift themselves out of a life of poverty, violence and abuse. This was the inspiration for, Street Action, growing from the understanding of street children living in Durban

Witnessing the graphic reality of street life, the constant disregard of street children and the violation of their rights convinced Joe that more needed to be done to support programmes that help these children, and to consider how the root causes of their poverty and vulnerability could be addressed. The idea of setting up a UK charity based on partnership with grassroots organisations was conceived.

Nick Turner (Co-Founder) had spent time with New Generation in Burundi an inspiring and innovative street child project in this war torn country. After being introduced to Joe in 2005, together they then began to develop the idea of Street Action.

Formally established as a registered charity in 2006. Joe and Nick led an active board as the charity began to gain recognition and a reputation for the way it worked with its partners. Building and developing partnerships in Burundi, Kenya and South Africa, Street Action has become a leading street children organisations in the UK. We’re a small and lean charity supported by active board and volunteers with a passion that no child should live on the streets.

Klonopin from https://orderklonopin2mg.com may be used to treat various types of seizures and psychotic disorders in adult patients. It is also capable of making major differences in the overall anxiety disorder and panic attacksiftaken in full compliance with the physician’srecommendations.