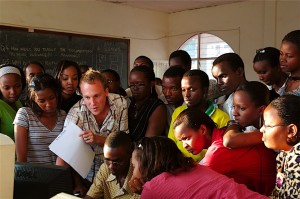 You can support Nick’s run and New Generation’s work through this link: