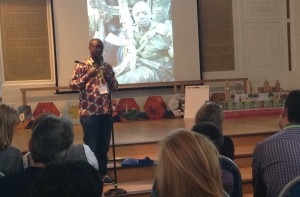 It has been absolutely fantastic to have our partner, Diuedonné Nahimana, from New Generation in Burundi, over in the UK to help us raise the profile of his incredible work with street children.  His speaking engagements have included Parliament, the Greenbelt festival as well as at a Street Action reception hosted by our friends FCB Studios. This week he inspired fellow delegates that the Street Child World Cup summit in Cambridge. Its fantastic to hear the updates on the work, especially the Tree Cafe, the sustainable income project that Street Action is supporting. Its also wonderful to hear his vision around the work, including the street children’s village in Muyinga, Burundi.

Have you been inspired by Dieudonné during his trip to the UK? Help us to continue to empower New Generation to complete the Tree Cafe and to embark on the Children’s Village in Muyinga. The best way to do this is through regular monthly giving (a standing order), but of course, once off donations are also very
useful. Perhaps you have a way of gathering support for him through Street Action such as the group of cyclists who cycled to Lands end recently (well done lads!) 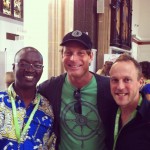 Dieudonne’s vision is large. Yet, if you’ve met him, you will have no doubt on the ability of he and his team to fulfil this.  He is not only transforming the lives of street children, but also making a massive contribution to post-genocide nation-building. Lets continue to stand in solidarity with Dieudonné and his team!

I take clonazepam 2mg for depression and social anxiety disorder here https://jeffreylichtman.com/buy-clonazepam/. It helps well against social anxiety disorder and is quite passable against depression. On the negative side, it should be noted: sleep disorders, especially insomnia, sexual disorders, weight loss, heat intolerance, exhaustion, agitation. Klonopin helps.

Pictures: Above, Dieudonné speaks about the the history of Burundi and his work, at the Street Child World Cup summit in Cambridge.