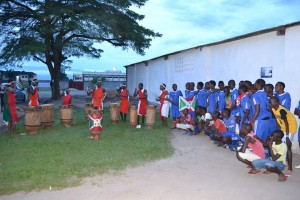 New Generation had a busy weekend in Bujumbura, Burundi, last week. They started with a football training session on Saturday morning followed by a viewing of the movie “Facing the Giants” in the afternoon at the centre. The next day they played a friendly match against a team from Campus Kiriri which ended in a tie. Later that day Dieudonne was interviewed on the Washington based Voice of  America radio station talking about the preparation for the Street Child World Cup. There is an upwelling of interest and support for the generic propecia former street children of Burundi who will represent the country in 2014 in Rio de Janeiro, Brazil at the 2nd Street Child World Cup. We will keep you posted on all the developments!